XCellR8 in the news: New non-animal test for chemical safety in consumer products gets closer to regulator approval 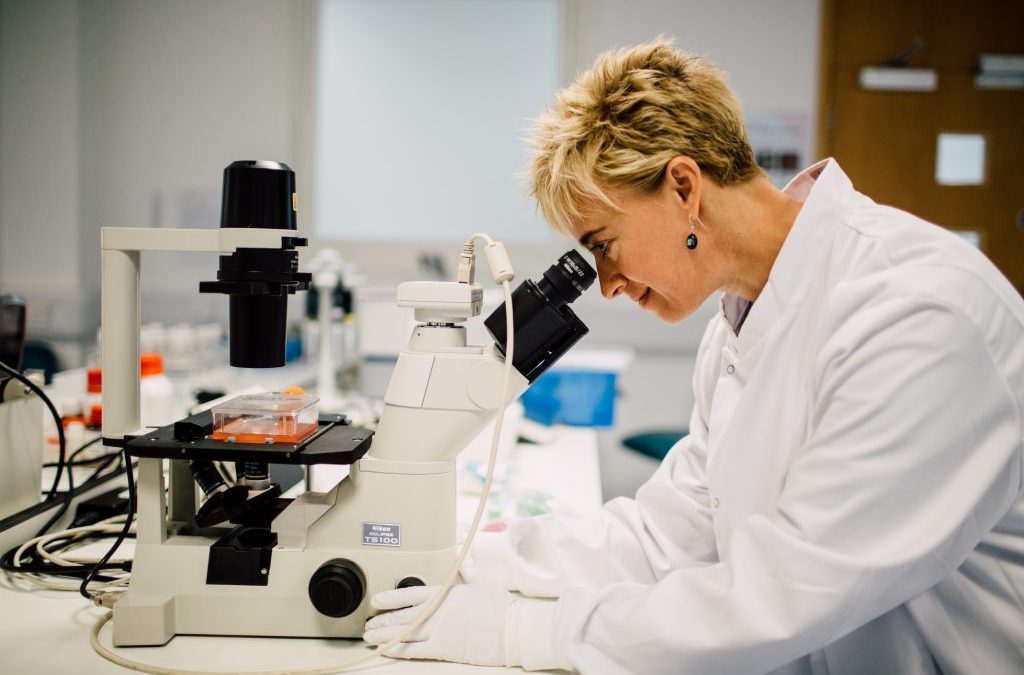 The complete eradication of animal testing for chemical ingredients used in cosmetics, personal care and household products is today a step closer through a £50,000 European grant awarded to UK laboratory, XCellR8.

The north west-based testing laboratory is leading the world in non-animal testing by using a variety of human cell-based methods including artificial models of human skin and eyes reconstructed from human cells donated by cosmetic surgery patients. XCellR8 believes it is currently the only industrial testing laboratory developing new – and overhauling established – testing methods to eliminate all animal elements.

European Union funding provided by Horizon 2020 – the largest-ever EU research and innovation programme – heralds the next stage in developing and evaluating the new test pioneered by XCellR8.

The test – which uses human cells cultivated in the laboratory – will identify the level of harm a new cosmetic or personal care product could cause to humans (known as its “acute toxicity”). This test can be used now as a preliminary screen – an initial stage to gain basic information about likely toxicity – for chemical ingredients. Having this information allows manufacturers to identify and eliminate potentially toxic substances from their product development at an early stage and before human trials. The use of human rather than animal cells in testing is proven to be more accurate when assessing the effects of chemical substances on people.

Now, the EU Horizon 2020 funding provides vital support for XCellR8 to develop its test and move closer to full approval by regulators. Ultimately this could enable the chemical ingredients industry and its manufacturing customers to stop using animal testing for acute toxicity altogether.

Carol Treasure, co-founder and Managing Director of XCellR8, said: “Our acute toxicity testing method is aimed at meeting both the safety demands of EU REACH regulations (Registration, Evaluation, Authorisation and Restriction of Chemicals 2006) and the ethical demands of the EU Cosmetic Regulation. We are confident it can do this by using human skin cells that will give robust test results for human toxicity which are more accurate and reproducible than any animal test.”

“It would also reduce the costs associated with animal testing and respond to the overwhelming demand from consumers worldwide for non-animal tested products.

“Since we founded XCellR8 in 2008, our ethos is to replace animal testing. But, as scientists, we also want to create better science and replace animal-based tests with something more valid to predict the safety and effectiveness of cosmetic and personal care products on people.”

Carol added: “As cosmetics become increasingly sophisticated and include more active ingredients, the regulatory authorities are tightening up on the claims brands are making about their products – such as ‘anti-ageing’ – which means they need to substantiate their claims with data.

“And the current regulations, while necessary, threaten to stifle innovation because without having ‘in vitro’ tests – i.e. not tested on living things – that meet both REACH and the Cosmetics Regulation, new chemical ingredients can’t be tested or marketed. Our mission at XCellR8 is to provide a broad range of scientifically more valid in vitro tests to fill the current gaps and encourage innovation.”

The market demand for a non-animal based acute toxicity test is growing as industry tries to comply with conflicting regulations: the Cosmetics Regulation (EU 1223/2009) – which prohibits testing and marketing of cosmetic products and ingredients on animals – and the EU REACH regulations, which require animal testing for toxicity where there is no valid alternative.

Companies need to meet the REACH deadline of 2018 for acute toxicity testing of ingredients they want to use in their products, while complying with the Cosmetics Regulation and meeting greater consumer demand for products not tested on animals.

Market research conducted by innovation management company, Inventya, for XCellR8 revealed that more than 65,000 companies had registered 140,000 substances for testing before 2018 – a challenge that “existing testing methods will struggle to meet”. Currently, there is no animal-free test available for acute toxicity.

Inventya’s research concluded that “the conflict between European regulations in the cosmetics area has created huge challenges for cosmetics manufacturers, particularly those committed to complying with standards such as the Leaping Bunny programme run by Cruelty Free International. The [XCellR8] test will be commercially significant for chemical manufacturers, increasing their sales by allowing companies including those committed to Cruelty Free International to increase their ingredient portfolio. This allows new ingredients developed by manufacturers to be bought by cosmetic companies.”