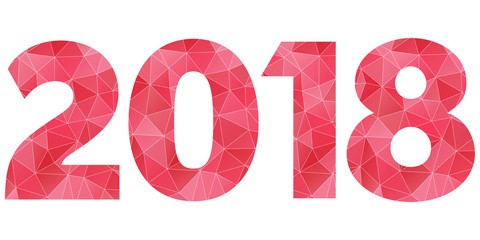 These are exciting times in the world of non-animal testing. Scientific developments over the last few years have seen specialist concepts step into the mainstream, with some previously niche ideas given platforms at key scientific conferences such as the 10th World Congress on Alternatives and Animal Use in the Life Sciences, held in Seattle in August 2017.

So what new innovations should you expect to see in 2018?  Here are my predictions.

We are often asked whether our non-animal safety tests can be applied to finished products and not just ingredients. The question is asked because many of the most established in vitro tests were originally developed and validated for single chemicals or ingredients, and relatively little is known about their predictive capacity for mixtures.

That’s changing though, as evidenced by panel discussions in Seattle and at In Cosmetics in London. We’ve spent the last four years accumulating a substantial amount of data using these tests to evaluate the safety of a variety of cosmetics and products from other industry sectors, and my prediction for 2018 is that in vitro safety tests for finished products will grow in popularity as a robust complementary screen to human volunteer trials. 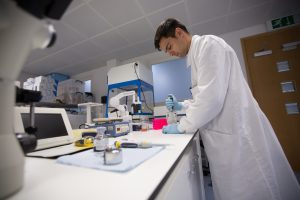 The XCellR8 team have studied the safety profiles of mixtures using a variety of tests including skin irritation and corrosion, eye irritation, skin sensitisation and genotoxicity. While in most cases, the data cannot be used as stand-alone evidence in regulatory submissions, it can contribute to a weight-of-evidence approach and has certainly given our clients valuable insights during the product development process.  In some cases, this has led to modified formulations which have been re-tested and found to have an enhanced safety profile.

As one client said, “As a cosmetic company, our prime responsibility is the safety of the finished products we place onto the market. We are now able to complement our human volunteer testing with valuable in vitro screens, and adjust formulations if needed, enhancing the ultimate safety of our products”.

At the World Congress in Seattle, it was very encouraging to see more scientists now supporting the animal-product-free approach, for both scientific and ethical reasons. Increasingly, it’s considered important to have an in vitro system that models human physiology as closely as possible, rather than relying on methods using animal cells, media and other reagents.

I’ve seen for myself how much demand has increased for our animal-product-free adaptations of two skin sensitisation tests (KeratinoSens™ and h-CLAT), with further support coming from regulators.  In 2018, the animal-product-free momentum will only build and build.

The current regulatory in vitro tests for eye irritation were originally developed with a bias towards industrial chemicals, many of which are moderate to severe eye irritants. Now the cosmetic industry needs more sensitive test methods that are able to detect subtle differences between mild ingredients and formulations, especially for products like baby shampoos and eye creams.

The reconstructed human corneal model, EpiOcular™, has already been used for this purpose: the ET50 method even has a version for mild and ultra-mild test items. Recently, a further adaptation of the test has been evaluated as part of the CON4EI project – an international industry consortium comparing 8 different in vitro methods for eye irritation. The project was presented at the World Congress in Seattle. The data showed that the EpiOcular™-based test was superior to many of the more traditional methods and able to accurately predict eye irritants at the mild end of the spectrum – paving the way for a new level of sensitivity in eye safety assessment.

I’d love to hear your own predictions for non-animal testing in 2018. Please leave your comment below.