Should vegan makeup be vegan tested? 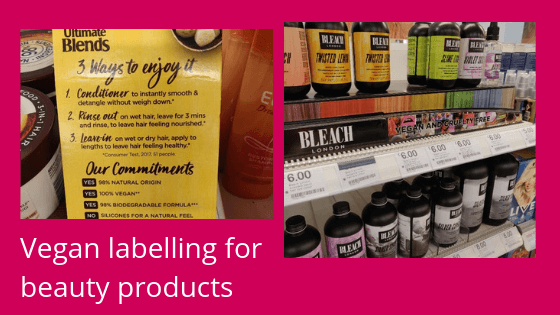 Is veganism just a passing fad? We’ve all heard about shoppers clamouring for Greggs’ vegan sausage rolls, whether they’re one of the UK’s estimated 600,000 vegans or not. There are plenty of signs that the trend is crossing over into cosmetics, but will it stay, or just be remembered as that year when plants ruled?

Market research experts Euromonitor certainly think the vegan trend is here to stay. In their Consumer Trends 2019 report, they note, “The quest for improved transparency and purpose is forcing beauty companies to cater to a more ingredient-savvy consumer who wants to stand out through their product choices and the causes they believe in. Ethical ingredient sourcing is becoming more the norm in the beauty industry. With the focus on ‘clean’ beauty, cruelty-free and most notably vegan products will be increasingly sought after.”

Euromonitor’s Lifestyles and Beauty Survey underlined the point that consumers are becoming increasingly sensitive to animal welfare and this is impacting their shopping habits. More than one-fifth of respondents said that when they were buying colour cosmetics, the product feature of ‘not tested on animals, cruelty-free and / or 100% vegan’ influenced their decision to buy.

At the SCS Naturals conference in June 2019, we also heard many speakers address similar themes. Ecoviant noted that food labels including gluten-free, vegan and halal are increasingly crossing over onto cosmetic packaging and that as consumers search for more information on the provenance and ethical credentials of products, brands are developing apps to share this knowledge to avoid cluttering labels.

The Soil Association shared statistics about the growth of demand for natural ingredients and CTPA discussed the rise of ‘Free-from’ labelling.

WHEN IS A PRODUCT TRULY VEGAN?

So we can confidently predict that the trend for vegan makeup is here to stay. But what if the testing method for a vegan product uses animal components? How far back in the supply chain is it reasonable to go, and to what degree would the use of an animal product affect a claim of being vegan?

The reality is that most in vitro tests used around the world use animal by-products such as foetal bovine serum, tissue (eg liver) extracts and antibodies. This means that, ultimately, they still require the sacrifice of animals and it can never be assumed that an in vitro test is a vegan test.  This is something that can easily be overlooked but is now an increasingly important part of due diligence when formulating products for the global vegan market.

APPLYING A VEGAN APPROACH THROUGHOUT THE NEW PRODUCT DEVELOPMENT CYCLE

At XCellR8 we believe that to make a watertight claim that a product is vegan, the test methods used to prove its safety or efficacy should be vegan too.

This is a really complex issue because in some cases, animal-free (let alone vegan) tests haven’t yet been fully developed. Plus to add difficulty to the decision making process, regulators allow the use of historic animal data in safety data sheets.

However, vegan data can be provided for several endpoints that are key to cosmetic safety assessment, including skin and eye irritation, skin sensitisation and genotoxicity, as well as supporting claims such as mildness and antioxidant activity. In these tests, animal components have been replaced with human serum, chemically defined media or human platelet lysate.

You can read the case study of our KeratinoSens™ skins sensitisation test here, showing the results of how 20 reference chemicals were correctly classified in line with the Validated Reference Method, and went on to be fully accepted as a regulatory method and published in OECD TG 442d 2018.

It’s an exciting start to a testing strategy that is only set to expand to match the global trend to all-things-vegan. And by removing animal components from the tests, we avoid the complications of species differences in interpreting the results. We have an opportunity to develop highly relevant advanced tests that are more and more predictive of human safety and efficacy. It really is a winning approach from all angles!