What does a regulatory animal testing ban achieve? 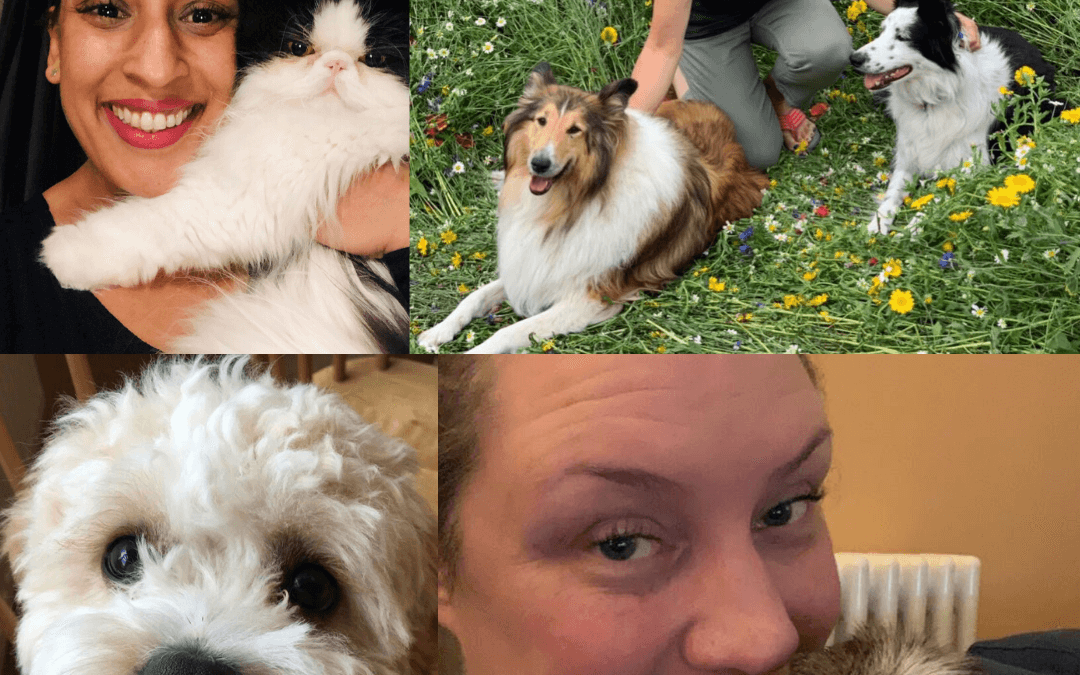 March saw the 7th anniversary of the European ban on animal testing for cosmetics, nicknamed the ‘Banniversary’ by Cruelty Free International. As other countries around the world consider similar legislation and we celebrate Mexico becoming the latest, we thought it would be useful to weigh up what the EU ban has achieved and where we still have room to improve.

The thriving cosmetics sector across Europe demonstrates that an animal testing ban certainly doesn’t consign an industry to decline or a decrease in innovation.

This diagram shows “the 1R journey” which celebrates how far we’ve come in replacing animal tests. 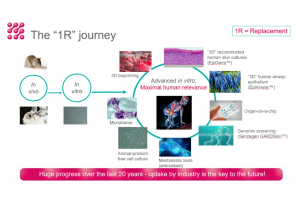 Back in 1995, in vitro tests largely consisted of simple cytotoxicity tests using single layers of cells. The field was highly criticised, and of course those tests alone weren’t capable of predicting complex human responses to chemicals. But those first baby steps paved the way for the amazing progress we see before us today; genomic screening, organ-on-a-chip, reconstructed tissue models with immune cells or a microbiome, and more. Some say progress has been slow, but this has all happened in the blink of an eye in human history, making the concept of using a rat to predict human safety seem so obviously old-fashioned and superseded.

All these developments are the result of the contributions of many brilliant minds throughout the years, providing tools that students at the beginning of their careers couldn’t have dreamed of. Imagine what today’s life science graduates will be working on in 20 years’ time!

The challenges for the next few years

Despite this huge progress, there are still pockets of concern for the scientific community and regulators to address.

About 80% of countries still permit the testing of cosmetics on animals, including the USA and China with their significant populations. Whilst scientific advances have enabled many animal tests to be mothballed, it seems that consumer pressure still needs to play its part to force Governments to act. Many also feel that the job of educating Governments about what alternatives now exist is far from complete. This is demonstrated by the fact that EU REACH still requires animal testing of ingredients in some cases, eg for protection of manufacturing workers who handle the neat materials, or where there is “insufficient data.”

The latest stats on animal testing in the EU also make for a sobering read. 2.18 million animals were used in regulatory testing in 2017, including over 800,000 for toxicology. Most were used to measure endpoints for which there are currently no approved in vitro tests (such as reproductive and developmental toxicity and repeat dose), highlighting the urgent need for more investment.

Perhaps even more disturbing is the ongoing use of animals where there are well established in vitro options. A concluding paragraph from the report states, “There is a concern with the uses of animals in areas where alternative methods have reached regulatory acceptance (for example in areas of skin irritation/ corrosion, serious eye damage/eye irritation and pyrogenicity testing), which requires further attention by the authorities authorising projects for these use purposes.” In the UK, >110 #rabbits are still used in Draize tests annually. As a community, we have to ask why, and ensure adoption of animal-free methods is accompanied by the retirement of old tests.

Another important challenge is the fact that many in vitro tests still use animal components such as serum, tissue extracts and antibodies, which can create difficulties in creating a truly animal free testing strategy. Whilst some methods still involve animal sacrifice eg foetal bovine serum, other components are waste products from the meat production industry and could be argued to be less damaging on a scale of animal harm.

Many assume that cosmetics testing on animals is a thing of the past, but it’s still a significant global challenge needing continued investment, innovation and international collaboration to ensure much-needed progress.