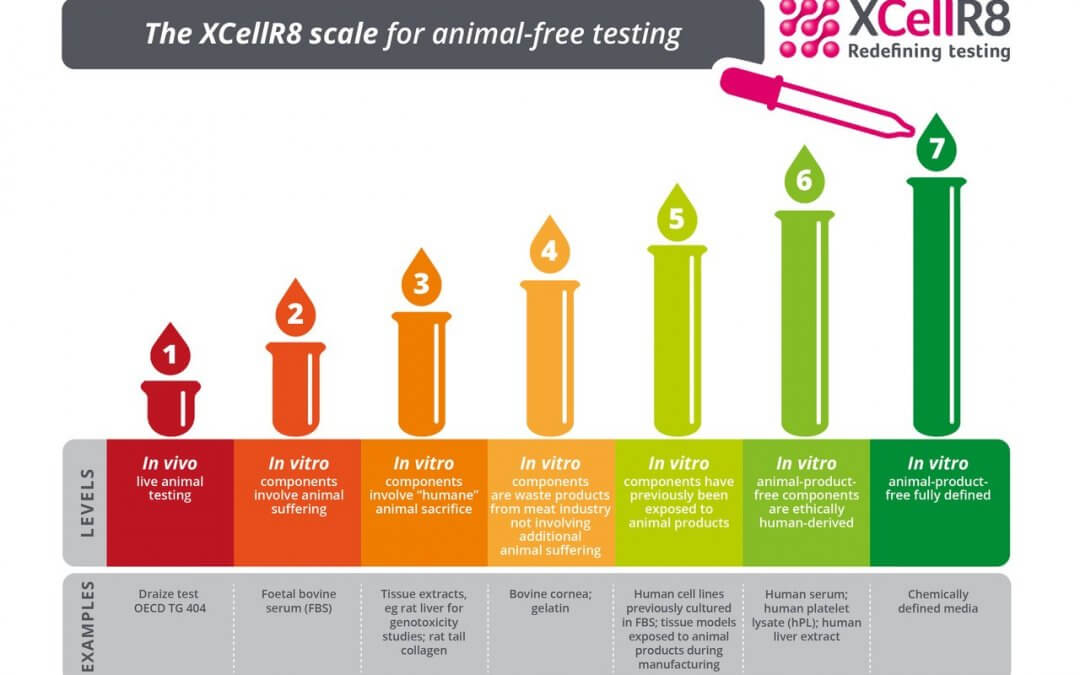 If you’re a regular reader of our blog, you’ll know that we have been arguing for a while that in vitro testing does not automatically mean 100% animal-free. Our recent article explains how animal components can make it into testing programmes, even those designed for vegan products. Today, we start our campaign to focus on the solution.

Is it realistic to think we can replace all animal components? 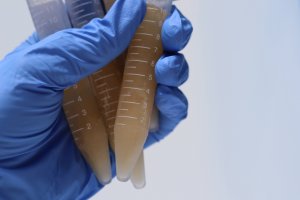 However, there are historical barriers to the use of animal-product-free protocols in regulatory approved in vitro tests. Since FBS is such a ubiquitous component of cell culture media, most in vitro regulatory tests specify the use of FBS in the method, even if it is of questionable scientific and ethical value. The ‘habit’ of FBS use is continued without considering the consequences of the status quo, or the availability and benefits of new improved approaches.

Animal-product-free can be just as effective

We have demonstrated that the OECD skin sensitisation tests TG 442d KeratinoSens™ and TG 442e h-CLAT, which were originally approved for FBS-containing culture media, are in fact just as effective when conducted using animal-product-free media. The OECD have already approved our modified KeratinoSens™ test (in 2018), and approval is pending for our h-CLAT assay.

The challenge of defining truly animal-free

So how do you define truly animal-free testing? Even this is complicated. Almost every transformed cell line grown in in vitro culture started its history being cultured in medium containing FBS. It is a commonly held view among scientists that serum is a necessary component of medium to establish and maintain new cell lines. Supposing a cell line is converted to chemically defined media, does the fact that it originated in FBS-containing medium stop it from being considered as animal-product-free? Also, most antibodies used in safety assays are monoclonal and are produced by cultured cell lines. However, these monoclonal cell lines are initially generated using the immune response of live animals, so are probably not fully animal-free. It’s worth noting that Nobel Prize-winning ‘phage display’ technology allows the production of recombinant antibodies without the involvement of live animals.

Unfortunately, there is a long tradition of continuing to use animal-derived material that was available in the early days of in vitro biomedical research to support cell culture, even though modern science and technology has brought us more scientifically valid alternatives.

The XCellR8 scale of animal-free testing

Our mission is to accelerate the world’s transition to 100% animal-free testing. To help guide us in achieving our mission we have created an ethical scale that we use to inform our decision-making. 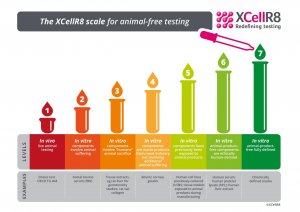 Categorising the use of animal components like this helps us remember that the vast majority of in vitro tests using cell culture are only at Level 2 on our scale, since they use FBS in the culture media. Even though Levels 2-7 are all described as in vitro, there are big differences between them, so not all in vitro methods are equal when it comes to their animal-product-free status.

What’s more, a high proportion of cross-sector chemical safety testing in the world today is still carried out on animals. Even in the UK, where the majority of skin and eye irritation / corrosion tests are conducted in vitro, there were still over 100 Draize tests on live rabbits in 2018.

Clearly, and despite the EU Cosmetics testing ban, most testing today is carried out only at Level 1 or Level 2. We are committed to accelerating a move away from product testing at these levels, and to see more scientifically and ethically advanced animal-product-free approaches become standard practice.

This article is taken from a longer piece that was due to appear in HPC Today, vol 15 (3), pp 56-59 in March 2020. Sadly, Coronavirus has put paid to that and so the article is published here with permission from our kind friends at HPC.