How animal-derived antibodies contribute an estimated loss of $800 million p.a. to biomedical research 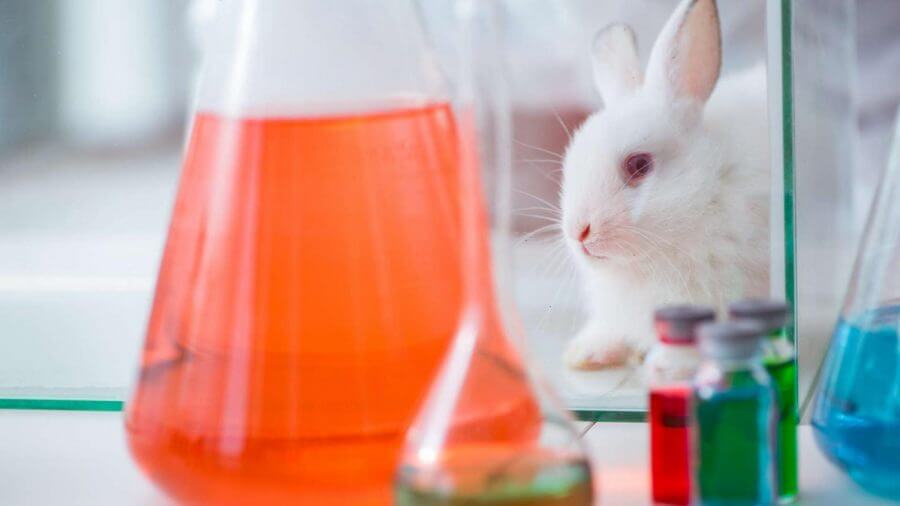 Although used widely, the vast majority of antibodies are still animal-derived. It is estimated that in the EU alone, nearly 1 million animals are used every year for antibody development.

How animal-derived antibodies are produced

Is the industry behind the curve?

Non-animal “multiclonal” antibodies are capable of exceeding the performance of animal produced monoclonal and polyclonal antibodies, with fewer unspecific reactions, and greater reproducibility. But by ignoring this evidence, the industry is believed to be wasting millions of dollars each year. According to the Scientific Advisory Committee (ESAC) working group of EURL ECVAM, (the EU Reference Laboratory for alternatives to animal testing):

“The resounding impact on research, in terms of using non-specific antibody reagents, in terms of wasted cost, time and resources, or the repercussion on diagnosis and health management, is tremendous…At an annual worldwide spending of $1.6 billion on the antibody market, and with only 5-49% functionality being reported in monoclonal reagents alone, a staggering annual loss of $800 million to the biomedical research community is estimated, without counting the additional and unaccounted cost for waste in materials, time, money and follow-on research.”

The ability to produce non-animal-derived antibodies has been available for many years, and continues to advance. In fact, the 2018 Nobel Prize in Chemistry was awarded to George P. Smith and Sir Gregory P. Winter for their work on producing antibodies and peptides through phage-display (a non-animal method).

Now, momentum is building for the scientific community to speed up adoption of these non-animal methods. In the latest development, EURL ECVAM released a detailed report recommending that “animals should no longer be used for the development and production of antibodies” across a number of fields. Not only is this an obvious ethical improvement, but in response to the figures shown above, state that non-animal antibodies “offer significant scientific advantages and economic benefits”. 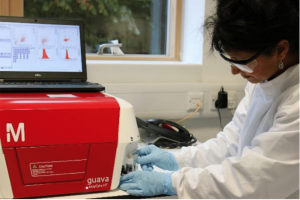 Within the report, XCellR8’s work is presented as a case study for non-animal antibodies being used in regulatory safety testing. As part of our mission to replace as many animal components as possible, in 2016 we commissioned the development of non-animal antibodies for use in the h-CLAT assay for skin sensitisation using phage display.

Our proposal for a project to replace the use of animal components in h-CLAT was accepted in 2018, and we have submitted research showing the validation of our adaptation against the original. The adapted test is suitable for submissions under REACH and, following discussion at the OECD Expert Working Group on skin sensitisation, is currently under consideration by the WNT (National Co-ordinators’ Committee) for listing in OECD TG 442e.

With this growing body of evidence, surely it’s time to state that the use of non-animal antibodies should be the prerequisite for developing such a test in the future?

How to drive uptake of non-animal antibodies in testing

For regulators, manufacturers, and end users, what are the next steps to reduce this waste and improve scientific outcomes? The EURL ECVAM paper makes several recommendations including:

Even with such important statements by EURL ECVAM, a true shift to non-animal antibodies can only be achieved when they become the personal preference and default choice of academic and commercial labs across the world.

Because demand is limited, non-animal antibodies are currently not as widely available or affordable as those produced using animals. Only increasing use and education will change this, and allow scientifically advanced, and ethically sound materials to become the new standard.