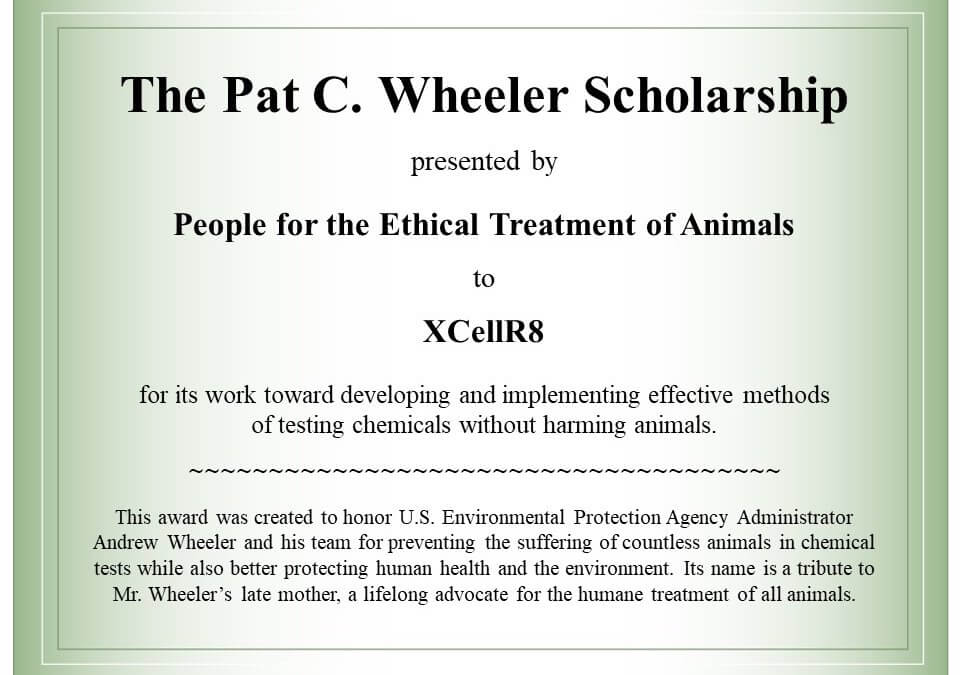 We are thrilled to have been awarded a first-of-its-kind research grant by animal welfare organisation, PETA. The $5,000 award will support our scientists to develop effective methods of testing chemicals without harming animals.

The new award honours Andrew Wheeler, an Administrator at the US Environmental Agency (EPA) who has worked to spare countless animals from chemical tests. The Pat C. Wheeler Scholarship is a tribute to his late mother, a life-long advocate for the humane treatment of all animals. 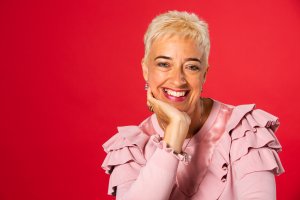 Wheeler’s team of scientists at the EPA and PETA scientists have been working to move the EPA towards reliable non-animal testing methods that protect humans and the environment. Under his leadership, the EPA announced that it would end its reliance on toxicity tests on mammals. They have since taken steps to do just that.

“In the face of a flawed reliance on unreliable animal tests, Andrew Wheeler took action,” says Dr. Amy Clippinger, director of PETA’s Regulatory Testing Department. “PETA’s grant honours the Administrator and his team for pioneering a shift toward superior non-animal testing approaches—and enables scientists to bring them to fruition.”

“My mother was a supporter of the ethical treatment of animals all her life, so this scholarship is special for me and my family,” said EPA Administrator Andrew Wheeler. “Scientific advances in cell-based testing and computation methods are now at a point that it’s no longer necessary, or even useful, to use animals in toxicity tests. I’m happy to be in a position to lead EPA in this direction.”