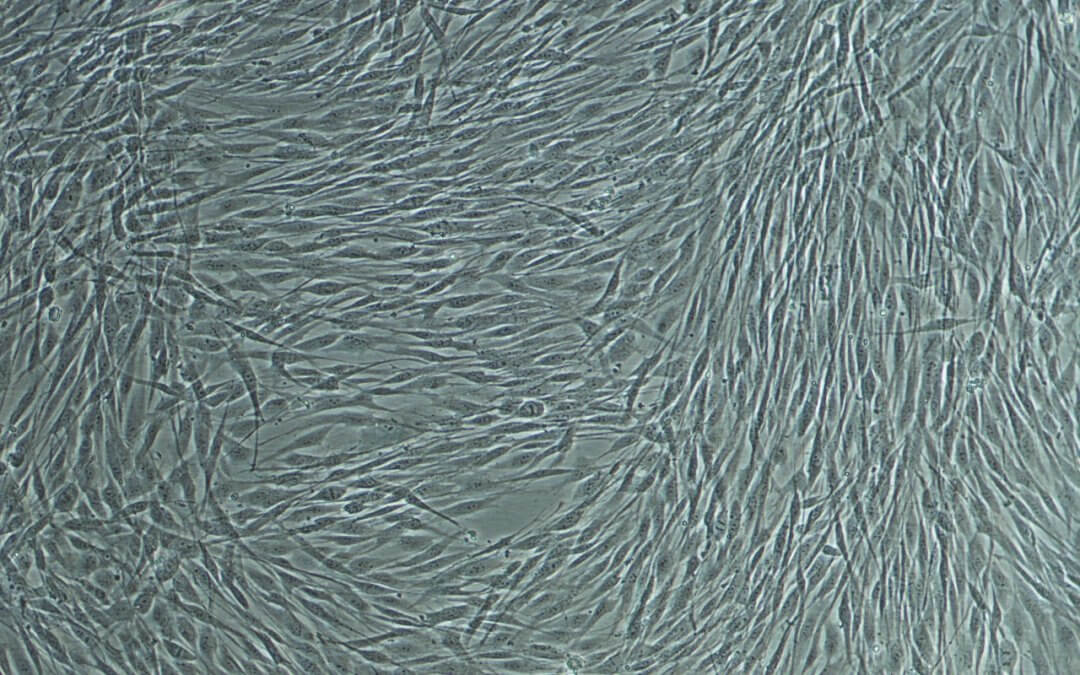 This photo shows human skin cells (dermal fibroblasts) growing in our lab at XCellR8. This isn’t just an ordinary fibroblast culture – it’s more special than you may realise at first glance!  Read on to discover why….

The majority of cell cultures in labs around the world are grown in an environment containing foetal bovine serum (FBS). As the name suggests, FBS is obtained from bovine foetuses – it’s collected by cardiac puncture when cows are found to be pregnant after slaughter, & there are serious concerns about the suffering caused to the unborn calf. With this in mind, would you consider an in vitro test using FBS to be truly animal-free?

The scientific shortcomings of FBS

Concerns around the ongoing use of FBS in cell culture aren’t limited to ethical issues – there are numerous scientific drawbacks too. These include limited human relevance due to differences in serum composition between a foetal calf and the average adult human. Reproducibility of experimental results can also be negatively impacted due to significant variation between serum batches and sources from different geographical locations, from North and South America to New Zealand. Some of the hormones and growth factors present in FBS can interfere with the responses of the cultured cells, complicating interpretation of test results. FBS has been so widely adopted in cell culture because, historically, it was found to keep a wide variety of cell types – from humans and other animals – alive in lab conditions. But being kept alive is very different from functioning in a normal way to reflect healthy human physiology.

Looking toward a more sustainable future 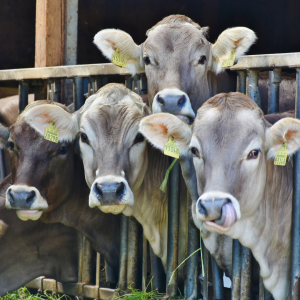 The ethical and scientific drawbacks of FBS have increasingly been a topic of conversation in the scientific community in recent years, and with the debate gathering momentum, more solutions are emerging. But there’s another reason why we need to pick up the pace of change – one that hasn’t yet become a common point of discussion. As a by-product of the meat industry, FBS supply is likely to dwindle over the next decade, as meat production declines and the global population is forced to adopt a more sustainable way of life. Sir David Attenborough, in his wonderful book “A Life on Our Planet”, writes:

“Currently we cut down over 15 billion trees each year. The world’s rainforests have been reduced by half. The top driver of continuing deforestation, which doubles that of the next three greatest cases combined, is beef production. Brazil alone devotes 170 million hectares of its land, an area seven times the size of the United Kingdom, to cattle pasture.  Much of that area was once rainforest. The second driver is soy. Growing soy uses some 131 million hectares, much of it in South America.  Over 70 per cent of this soy is used to feed livestock being raised for meat.”

With supply intrinsically linked to the number one industry under the global spotlight for the need to tackle deforestation, biodiversity loss and climate change – and Brazil a major source of FBS – it would be short sighted of the scientific community to ignore the warnings and fail to seek more sustainable solutions ahead of time. If not, as supply diminishes – and prices rise – many testing activities and research programmes will undoubtedly be adversely affected.

Leading the way for animal-free in vitro methods 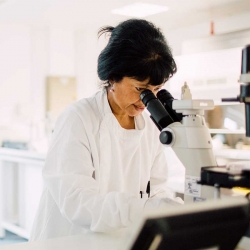 One of the things we are most proud of about #XCellR8 is that we tackle these issues head on & our lab is animal product free – the cells you see in the photo at the beginning of this article are being grown without the use of any animal derived components. This has always been a priority for us and we have already spear-headed the adoption of animal-free adaptations to in vitro skin sensitisation tests into OECD Test Guidelines. We continue to invest in R&D in this important area, both internally and in collaboration with our key clients and partners. This year we published our 7 point scale as a tool to aid transparent decision making for companies who want to ensure that the in vitro tests they conduct or commission meet with their expectations & those of their vegan consumers.

We’ve always been committed to animal product free testing from day one, recognising the scientific and ethical need for more human-relevant and reliable test methods. When we started out in 2008, we couldn’t have predicted how important this aspect of our work would become in a wider context over a decade later, as the world strives to avert further environmental disasters and adopt more sustainable ways of living. We’re proud to be a part of the solution and know that 2021 will bring more exciting news. It’s time for FBS to be consigned to history as we embrace scientific advancement for modern times. 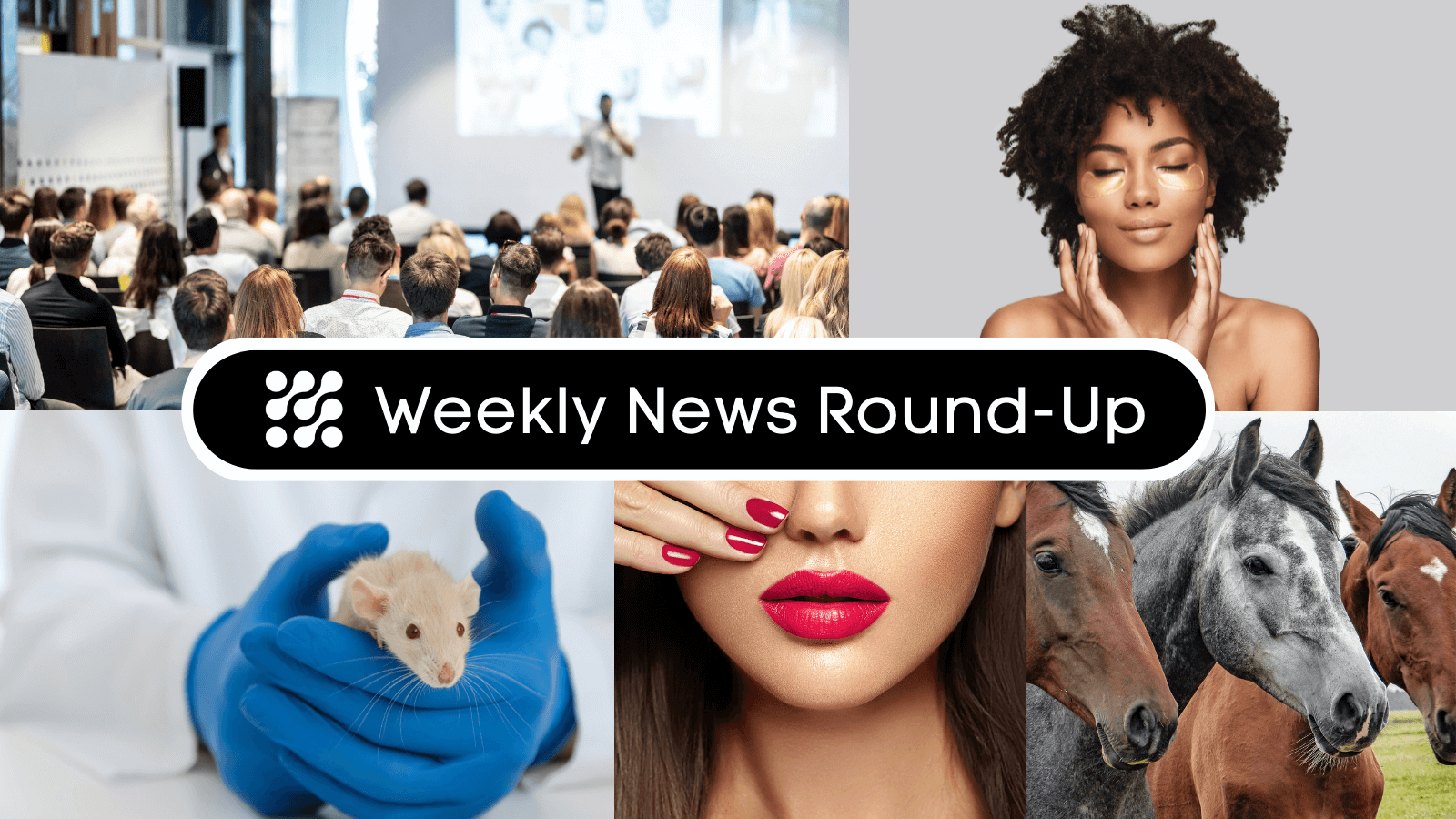 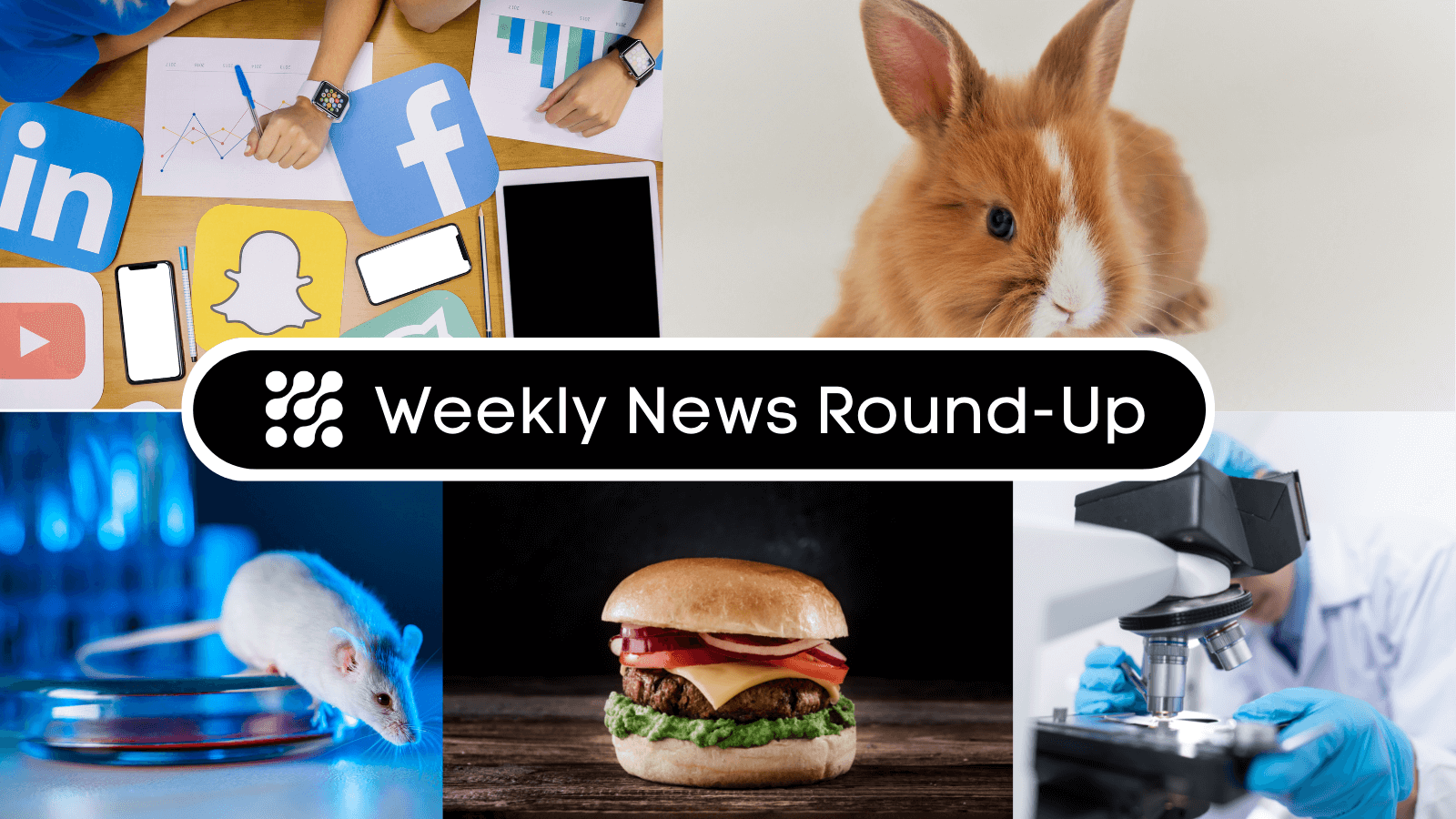 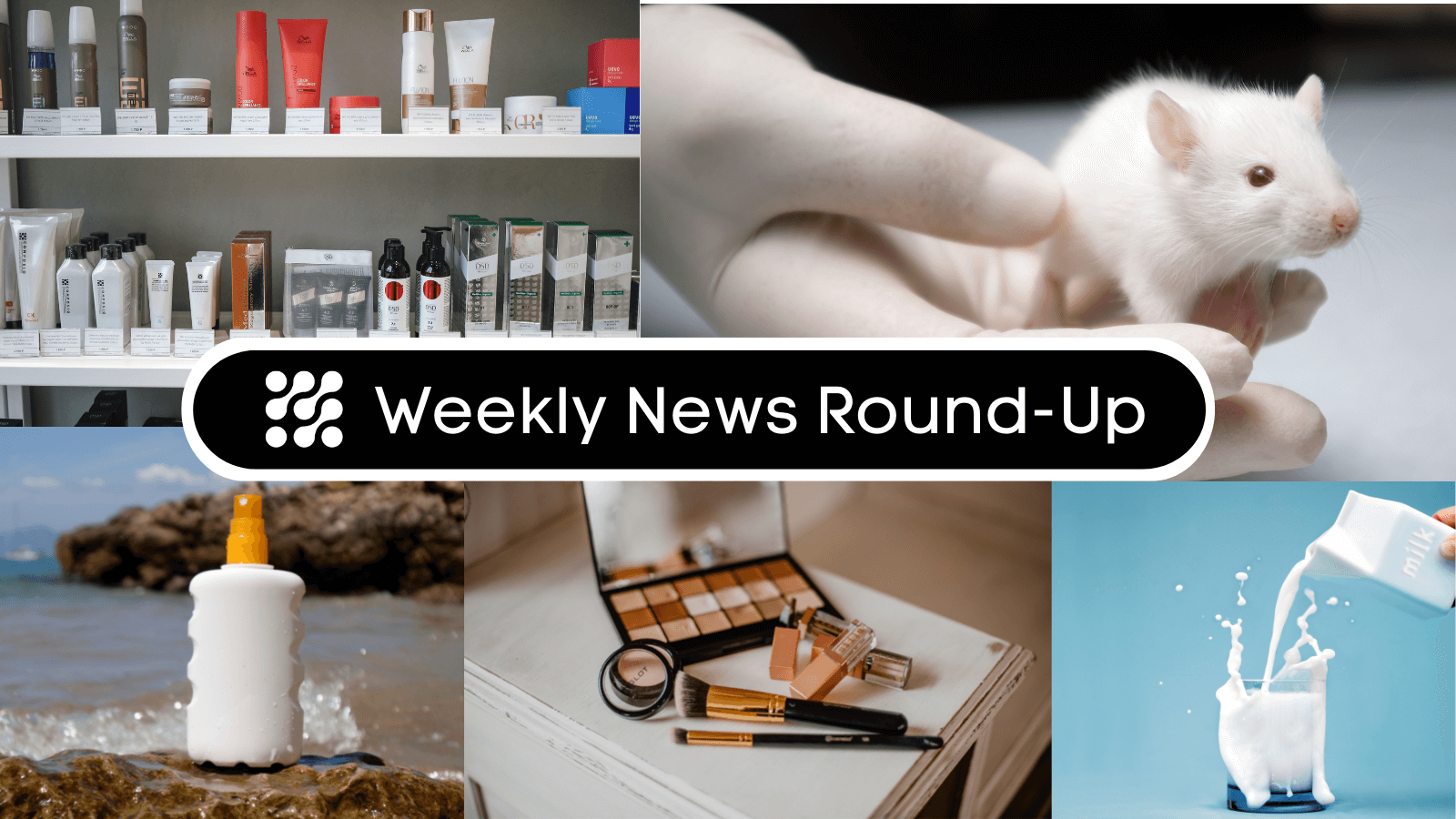