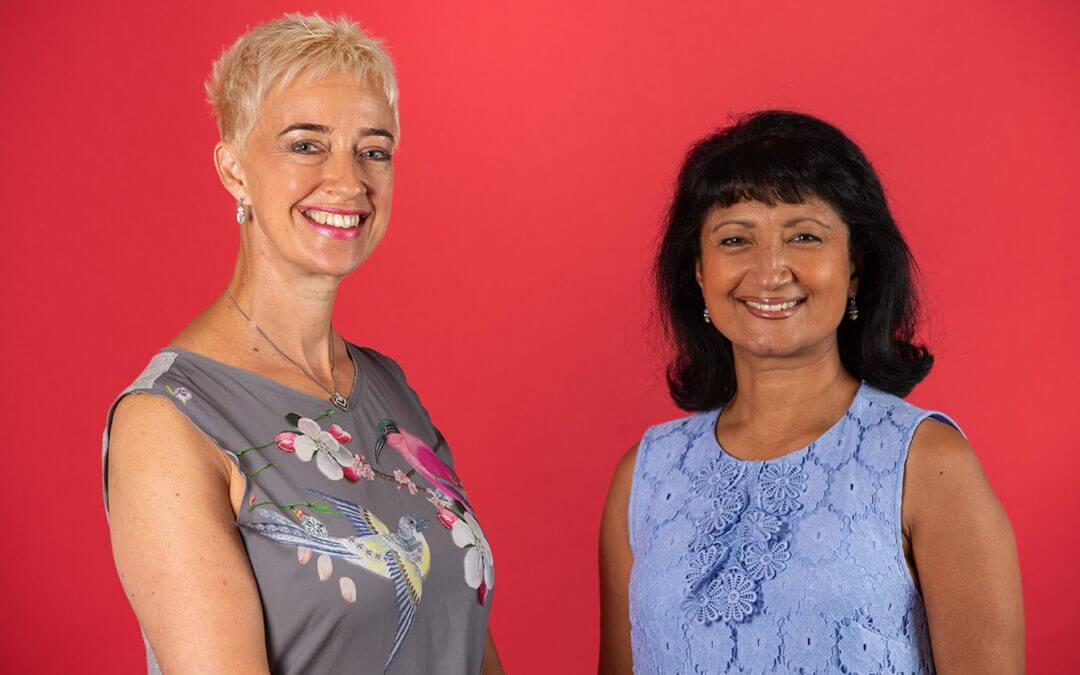 Our Founder, Dr Carol Treasure, grew up with a love of animals dating back to childhood nature-watching trips. As a young research scientist in the 1980s, she became convinced there had to be a better way than animal testing – not just ethically, but scientifically too. Both animals and humans needed, and deserved, something better. Several decades later, there’s been a lot of progress. It’s now widely accepted that animal tests simply don’t reflect what happens in our human bodies in everyday life. Exciting scientific advancements now mean that a better way is not only available, but it’s filled with amazing possibilities. We can now create and test products that are safer than ever for humans and our planet, without the need for animal testing. Our Founders have contributed to that scientific journey for more than 30 years and we can’t wait to see what’s possible in the decades to come!

The XCellR8 story is one of determination, resilience, and an unwavering belief in our mission

When Dr Carol Treasure and Bushra Sim started out in 2008, many of the replacement tests didn’t yet have regulatory approval, so it was really difficult to convince industry of their value. Plus, our Founders set up the company on their own, with no huge venture capital investments or other financial backing. Those early years were tough going. 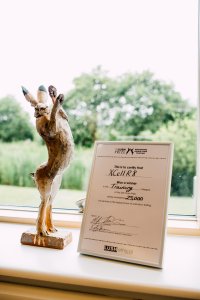 But every company has a turning point – a historic moment forever identified as a lucky break that changed the course of its story. For us, that moment came in 2013 when we won the Lush Prize. Carol describes:

“I’ll never forget that moment – we had been struggling with the costs of running our lab at a time when the tests just weren’t as widely accepted and, 5 years in, we were starting to wonder how much longer we could go on. The news came through in an email one evening – when I saw it on my phone, I cried with joy and relief! Not only because the prize money helped us so much financially, but because our efforts finally received recognition. It meant so much.”

XCellR8’s association with Lush was only just beginning. The company helped XCellR8 to set up a variety of cruelty-free tests and to make some of the first adaptations of those tests to completely animal-free (vegan) conditions. Our close partnership and testing programme with Lush continues today and is a truly valued and pivotal part of our story.

The Lush Prize wasn’t the only turning point in 2013. The ban on animal testing for cosmetics in Europe had just come in, creating more demand. More regulations – including REACH (the European regulation for chemical safety) would start to favour animal-free approaches – and we were growing, starting to build the wonderful team that we have today. 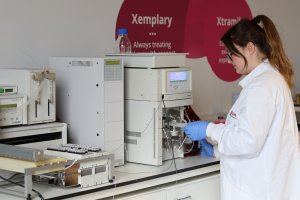 Our animal-free (“in vitro”) tests include a variety of cell culture-based tests, using human skin cells and reconstructed human skin and eye to evaluate cosmetic products and ingredients, and a variety of chemicals, for things like skin and eye irritation, sensitisation, genotoxicity and acute toxicity – all needed by the regulatory agencies around the world. We are globally unique among accredited testing labs by eradicating all animal-derived components from our tests, which makes the test more relevant for humans as well as bringing huge ethical advantages (it’s a little-known fact that most non-animal tests conducted around the world still use animal-derived components such as serum, antibodies and tissue extracts).

Still a long way to go… 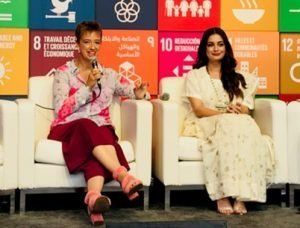 So, a lot of progress has been made but there’s still a long way to go. There are many things that can’t (yet) be measured using in vitro tests, such as reproductive toxicity, long-term / repeat exposure and effects on animals and fish in the environment. Finding straight swaps for animal tests simply doesn’t work – completely new approaches are needed using fresh thinking and advanced science, such as combining in vitro tests with computer modelling.

We’re working hard to play our part in the international effort to close those gaps. We don’t stop at testing in our lab, we also work at a global level with other scientists, industry and regulators to help drive positive change. We work with top level organisations including the OECD and have even spoken at the United Nations General Assembly!

It’s time to pick up the pace of change. Will you join us on our mission to accelerate the world to 100% animal-free testing?

Want to know more about why you should consider an animal-free safety testing approach? Click here.