Our response to HSI’s “Save Ralph” campaign 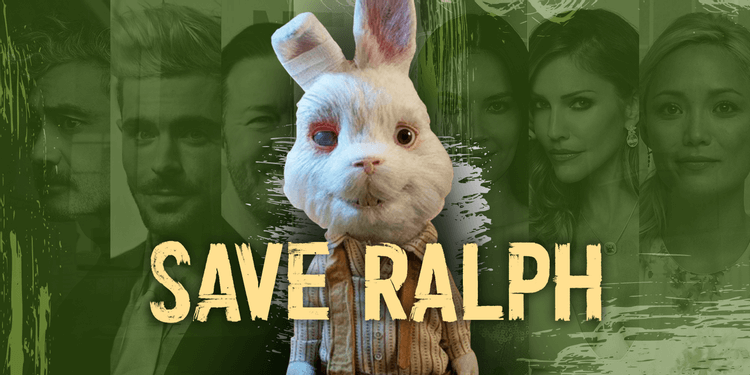 This month, Humane Society International released a poignant animated film – the latest phase in their campaign for a global ban on animal testing for cosmetics. “Save Ralph” tracks the experience of Ralph the tester rabbit, highlighting the disturbing reality of animal tests that are still legal for cosmetics in 80% of countries. Various celebrities including Ricky Gervais and Taika Waititi have backed the film and provided voiceover for the characters, maximising the film’s international mainstream reach.

A push for global ban on animal testing

There’s no doubt about it – Save Ralph makes for uncomfortable viewing, which may be behind its noticeable absence from major cosmetic industry online news forums. But in failing to run the story, the cosmetics industry press appears out of step with the rapidly building momentum behind the call for a global ban on animal testing for cosmetics. The film was openly backed by Unilever – key members of the newly formed, cross-industry Animal Free Safety Assessment (AFSA) collaboration. Other prominent members of AFSA including P&G, Lush, L’Oréal and Avon have been clear in their calls for a global ban and a move to more human relevant, advanced science in the safety assessment of ingredients and finished products.

Save Ralph is an emotive piece, and some may question whether it’s constructive to humanise animals in this way. There’s much we don’t yet understand about animals’ complex communication and expression of emotions, but we do know categorically that animals – especially mammals like Ralph – experience many of the same core emotions as we do, and they certainly experience pain and suffering. While there may be some differences between rabbits and humans in the way these experiences are expressed, the film makers have allowed us to connect with the reality of the pain by expressing it in a way that humans instinctively understand.

Staying focused on the solution

Day-to-day at XCellR8, we stay focussed on the solution to the problem, by implementing our mission to accelerate the world’s transition to 100% animal-free testing through our scientifically advanced and ethical approach. It’s been 77 years since the now widely discredited Draize rabbit tests for skin and eye irritation were developed during the Second World War. Consider the tremendous progress in science and technology since then – including the regulatory approval of a number of fully validated non-animal methods for eye irritation.

There’s never been so much momentum calling for a global ban as we are seeing right now across industry and the public. If we’re to achieve the global ban, though, we need to connect with all communities and cultures and share information about positive progress in non-animal approaches to assess cosmetic safety in a more human relevant way. Highlighting the solution, along with transparent debate about the challenges, will build trust and help to drive positive progress.

The Save Ralph film really moved us all here at XCellR8, and such poignant reminders keep us grounded in our “why” on those late nights at the lab or office. We still have so much work to do to achieve a global ban on animal testing for cosmetics and, as always, we stand ready to play our part in supporting the advancement of more human relevant science, to finally replace outdated tests with scientifically and ethically advanced approaches that are ultimately better for both animals and humans. Thank you Humane Society International for doing such a great job of communicating an important message.

Interested in finding out more about XCellR8? Read our story or why not take a look at our free cosmetic testing brochure!