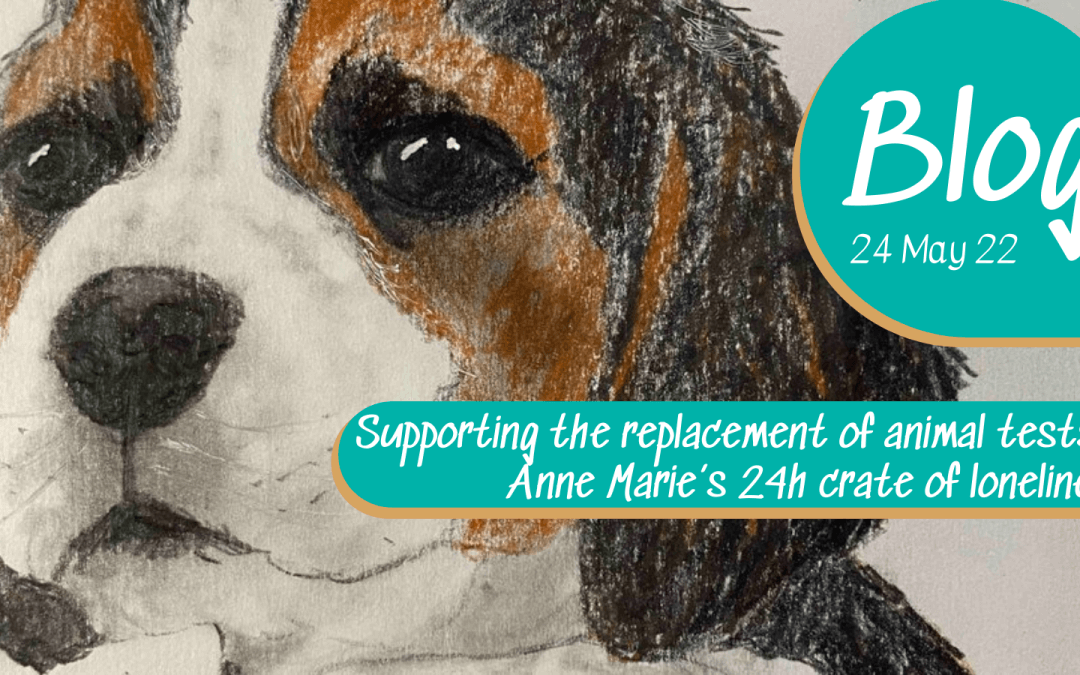 On 15 May 2022, Anne-Marie Barton started her ’24h crate of loneliness’ where she spent 24hrs alone inside a large dog crate, to highlight the mental and physical struggle of being caged up and alone. Anne-Marie is a self-published author, poetry writer, and artist, as well as a mental health & SEN professional working in education. The money raised from this amazing fundraiser will support one of our ongoing projects here at XCellR8 to replace the outdated LD50 toxicity test, which currently uses over 80,000 animals per year in the EU alone, despite being widely discredited both ethically and scientifically. We are grateful to our primary funders of the acute toxicity project: Innovate UK and Animal Aid. We still need approximately £50k to complete this project, please get in touch if you’re interested in supporting us on a mission to 100% animal-free testing worldwide.

A week on, we’ve spoken to Anne-Marie about her inspiring fundraiser… 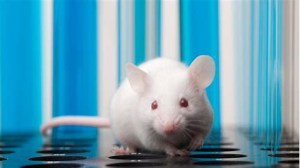 Why did you choose to do the 24h crate of loneliness?

I chose to do this fundraiser for a number of reasons: 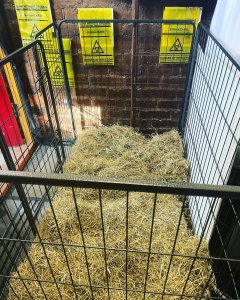 What was the hardest thing for you during those 24 hours?

The time through the night. It felt far lonelier. At that point I desperately needed to sleep but still couldn’t due to being so uncomfortable.

There’s a long list of things I found hard but the hardest was probably the lack of stimulation. It only further added to the anxiety and fear but also the loneliness, disorientation and need to find sensory input. I felt that being alone like that could quite easily drive an animal to sensory seek and chew/bite on the cage, eat the bedding, repetitive movements/behaviour etc. I felt it would really impact on an animal mentally and make coping with their environment and the trauma they were experiencing far harder to process. 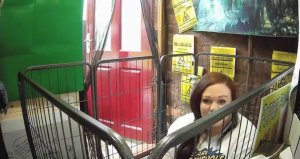 What was the worst part of your time in the crate and how did you cope with that mentally?

So… I used AirPods to play dogs barking loudly into my ears. This was too try and simulate as much as possible the real life experience that an animal would have. The first time I managed 1hr 45mins before stopping, and it was almost a welcome (bizarrely) sensory stimulation. The second was far different…

The second time I managed 1hr before I could take no more. The original experience from the first time, of relief for some sensory stimulation, was very short lived! I felt an immediate ‘low’ feeling and I sat concentrating with my eyes closed on the auditory input. There was one sound, what sounded like a dog whimpering as if in pain, and my mind visualised being inside the crate I was in but surrounded by others full of dogs. I suddenly felt extreme fear and had that fight or flight urgency of wanting to get out of the crate. I felt extreme sorrow, sadness and was emotionally struggling with hearing the whimpering dog. I felt it was the closest I had got to actually experiencing what it must be like for animals.

My mind imagined the whimpering sound as coming from a dog or puppy that was enduring a painful test. I felt very tearful and had a lump in my throat. I tried to ground myself and used my mental tools to regulate my emotions. I decided not to repeat this later on in the time left. I did this to safeguard myself emotionally but also as I felt I had achieved one of the important goals that I had wanted to.

How did this experience change or reinforce you understanding of what this kind of confinement and isolation feels like? 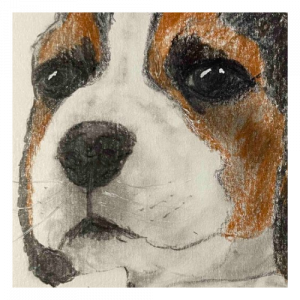 I’ve learnt so much from this experience. I feel like I have a far better understanding (and even more empathy) of what it must be like for any animal subjected to this kind of isolation.

There were aspects that I couldn’t have imagined without having gone through this experience myself. The sensory deprivation, the extreme panic, fear/anxiety, these all made me see why certain behaviours are seen in laboratory animals. As a mental health professional with a keen interest in psychology, I can now understand how even the smallest changes in an animal’s environment would trigger certain emotional and behavioural responses.

The psychological trauma, lack of sensory input combined with emotional distress and lack of being able to behave naturally in a confined environment – it really does only add further to an animal’s torment and suffering. They would already be traumatised and suffering in many ways from the testing itself, which only adds to their mental and physical trauma and pain.

We want to say a massive thank you to Anne-Marie, and to all who shared and donated – supporting forward steps in replacing animal tests with an advanced scientific and ethical approach!