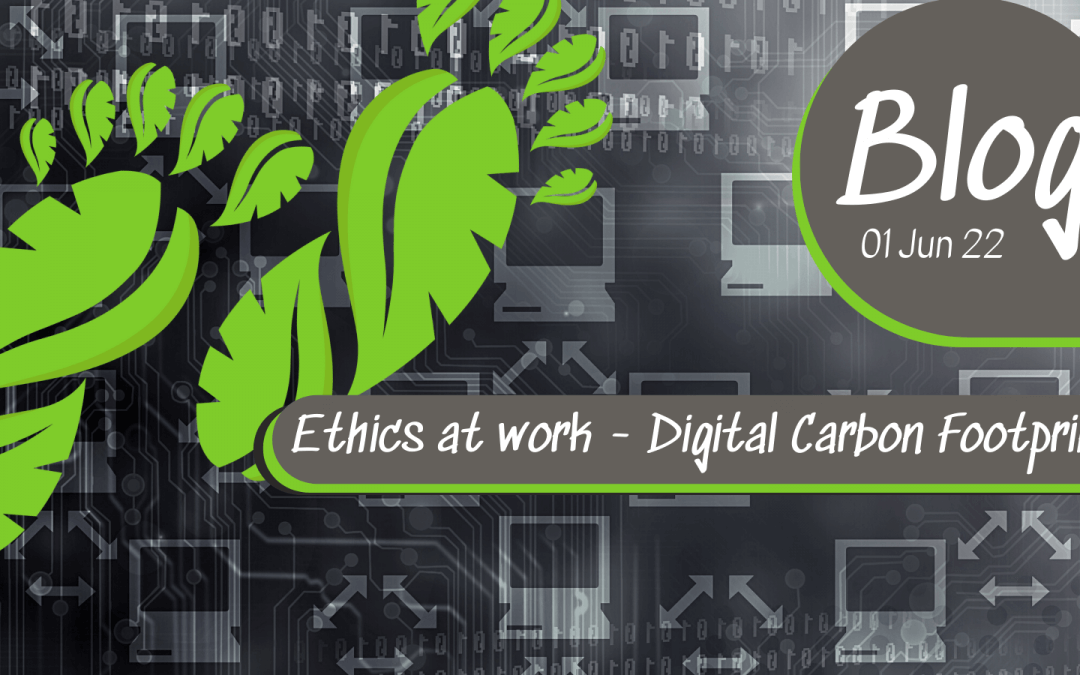 This week’s blog takes a look at a less-considered face of ethics and sustainability – the digital carbon footprint.

There’s a much quoted phrase that says ‘being ethical is doing the right thing even when no one is watching’. So, whilst at XCellR8 we talk a lot about the ethics of animal-testing, by the same token we should be acting ethically in everything that we do, from how we treat each other to how we conduct business. I think if we all took a look at our lives there would be aspects where we could identify opportunities to take our ethics up a level, I know I could!

It was when I spotted an infographic on LinkedIn recently, I was stopped in my ethical tracks! It asked “Are you aware of your digital carbon footprint?” and after seeing it and reading around the subject it really spoke to me…

Some things we do have a very obvious carbon footprint – we know that taking the train to Paris from London has a more delicate footprint than flying for example. In fact, according to independent data on Eurostar’s website it is a whopping 90% less! But what about when your daily activities don’t seem as directly correlated to the emissions from a jet engine or the electricity used to run the train? What about the CO2 emissions generated by your emails? Yep, your EMAILS!!!!

A digital carbon footprint is the amount of CO2 emissions resulting from the production, use and data transfer of digital devices and infrastructure.

According to a 2021 estimate by the UN’s International Telecommunication Union around 4.9 billion people worldwide have access to the Internet. Every email sent, search query made, video streamed and every type of cloud computing transaction, executed billions of times day and night, is responsible for ever-increasing global demand for energy therefore also for increasing CO2 emissions. A Pairs based think tank, The Shift Project, has estimated these ‘digital’ emissions to be between 2.3 – 3.7 percent of global CO2 emissions, which is equivalent to the emissions of the entire aviation industry. Wowsers!

After reading this I was shifting slightly uncomfortably in front of my computer screens (yes two running at once) with my myriad open tabs and 5+ email accounts each with at least 4 figures of unread randomness! (not my work one of course!)

Just considering emails alone it’s been calculated that global email usage generates as much CO2 as having an extra 7 million cars on the roads. And the impact of just small changes could be huge, just one less email per day for every user in the UK would reduce emissions by 16,433 tonnes of CO2, equivalent to over 81,000 flights from London to Madrid. (Data from Capgemini)

Some other actions we could all take include: 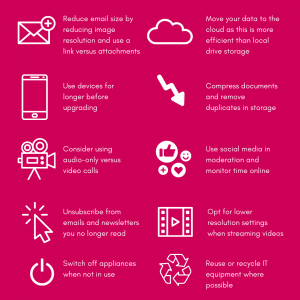 So if we say that we care about the environment but then 3 people in the same office are emailing each other or video calling into the same webinar then we can see the opportunity to step up our ethical game.