The voyage into STEM – XCellR8 Scientists get personal 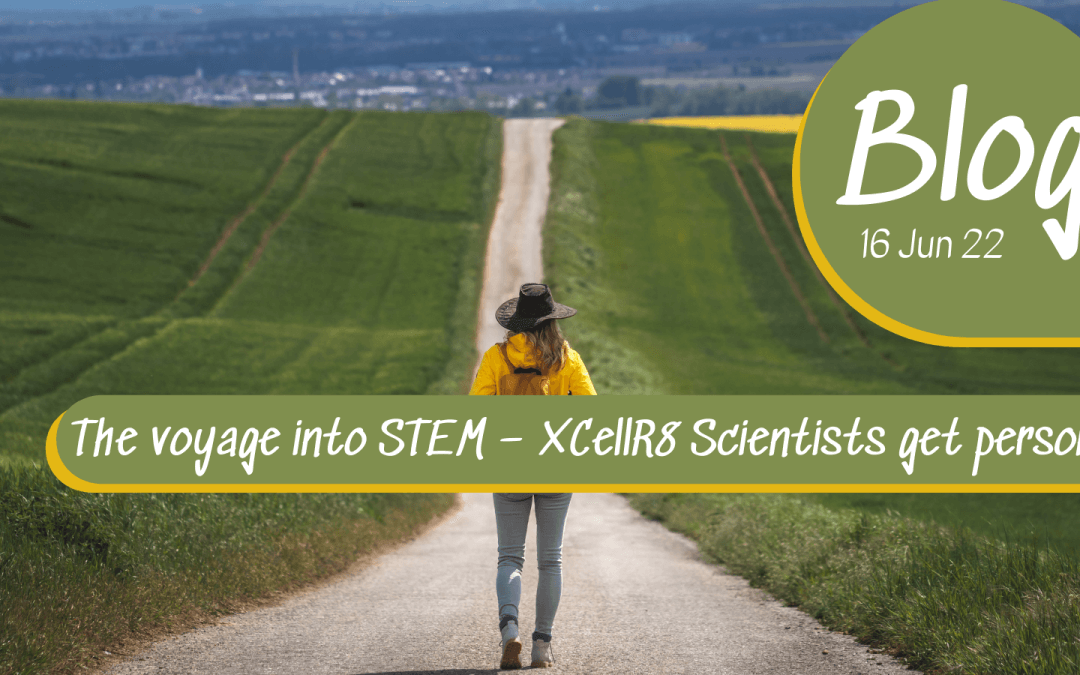 Our team of scientists work tirelessly every day to make the world a better place for both animals and humans! But how did they get to where they are today? I squeezed myself into their busy schedule to find out more about their journey from school to working in a 100% animal-product-free lab…

Sally-Anne’s position as Lab Technician allows her to play an important role in supporting the scientists and activities here at XCellR8. She’s involved in both the operational and scientific side of life in the lab.

Michael joined XCellR8 this year and works in the lab performing animal-free assays.

Rebecca joined us this year and her role as a scientist II involves conducting animal-free testing and supporting R&D activities.

As Scientist II Josh’s day to day activities involve testing a variety of chemicals using the animal-free assays that we offer.

In college did you ever think about the potential of animal testing being part of your uni experience or even later down the line in your career?

Michael: I visited UoM before uni and saw that they do keep live animals. This was when I first thought about the fact I might encounter animal testing at uni.

Josh: I actually didn’t think about the potential of animal testing at uni or in the future – it just wasn’t something that was mentioned at school.

Sally-Anne: To be honest I didn’t really think about animal testing, I think because different testing methods weren’t something that was ever talked about in college

Hannah: I chose a biochemistry degree so I knew there wasn’t going to be a lot of animal testing. But I did know there’d be animal labs at unis and was worried about it. That’s why I found open days really helpful so I had the opportunity to ask how accommodating they were about not participating in animal testing.

What were your experiences at uni? Did you ever encounter animal testing?

Michael: I gravitated towards cell research so didn’t really encounter animal testing much. Some of the research project choices did mean you might need to do some animal testing but you could always choose not to do them. At the moment it’s still seen as the ‘norm’ to use animal-derived components like FBS – it’s just seen as standard.

Sally-Anne: I experienced performing tests on aortic vessel of a rat but this was a chosen research project. Even at uni, I wasn’t really aware that alternatives existed. There definitely weren’t any animal-product-free projects…

Rebecca: I experienced an optional in vivo module which taught the basics of some defined animal models/experiments – it was seen as good from both broadening understanding of scientific methods in Biology, and as a benefit for employability I guess in some ways it was good for me because it helped me realise I didn’t want to go into a career that would involve routine animal testing. At the time it felt like something that was a normal skill to learn.

Hannah: I went to uni knowing that there would be certain research projects that involved animal testing that I wouldn’t participate in but there were other options so I never had to do anything I didn’t want to do. There was no getting away from using animal-derived components at uni, it’s just the norm but I really hope this will one day change!

Now after graduating and working in labs, what would you want students, who are just about to embark on a career in STEM, to know?

Michael: I think it’s important to know that you can tailor your studies so as not to encounter animal testing. Biology is so broad. Your choices will direct you towards certain corridors so maybe try and think about what you want to be doing after uni.

Josh: I would have liked to know that human serum/other non-animal components are valid alternatives. There’s always alternatives but they’re not really talked about enough so that’s definitely something that could be picked up on more when you’re a student.

Sally-Anne: If I could go back to being a student, I’d like to know that animal-product-free replacements do exist – it’s just as good if not better in some cases! It would be great if there was more awareness in school or some modules about it at uni. I also think it’s so important that people understand they don’t have to go to uni if they are interested in exploring a career in science. Keep an eye out for apprenticeships in STEM industries, these are a great way to gain on-the-job experience and knowledge in the industry.

Rebecca: In 6th form you have no idea about that side of science – it’s not talked about or taught because your learning is so broad. It’d be beneficial to have some tutorials or small group based sessions on ethics at that time to help improve awareness. It’s also important to know that although there are some hierarchies that make it easier to get roles if you have been to university, there are different routes available depending on how you see your career path.

Hannah: Uni students should feel empowered to ask if there are animal-free versions – don’t just take something at face value because it’s the norm! I wish I’d known sooner about external funding stream like FRAME – to help fund studies specifically to do with animal-free testing.

A big thank you to all our scientists at XCellR8 for being so open and honest about their personal journeys into a career in STEM.